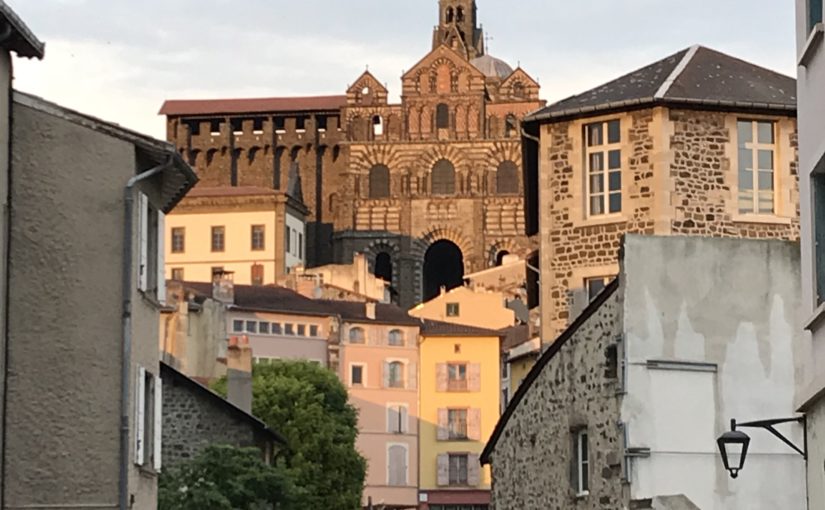 We spent Tuesday morning walking leisurely around Lyon near the Part Dieu station. We caught a direct train from Lyon to Le Puy. Interestingly, a direct train was not available in this route last year due to work on the tracks near Le Puy.

The track goes west from Lyon to St. Étienne, then generally follows the valley of the upper Loire towards Le Puy. Total trip was about 2:15, with 6-10 stops along the way. The scenery is spectacular, with many tunnels and rapids within the course of the river.

Our train had many passengers who were planning on beginning their walk of the Camino either Wednesday or Thursday.

We walked from the Le Puy train station to our hotel in the southwest edge of the city center.

We’ve checked into our hotel, washed our clothes, and ourselves, and are about to go exploring and then out for dinner.

We took the Metro from the Part-Dieu area to the old city of Lyon. It’s a quaint area, situated at the confluence of the Rhône and Saône rivers, with much evidence of the city’s past as a silk manufacturing center and, of course, many traditional restaurants. 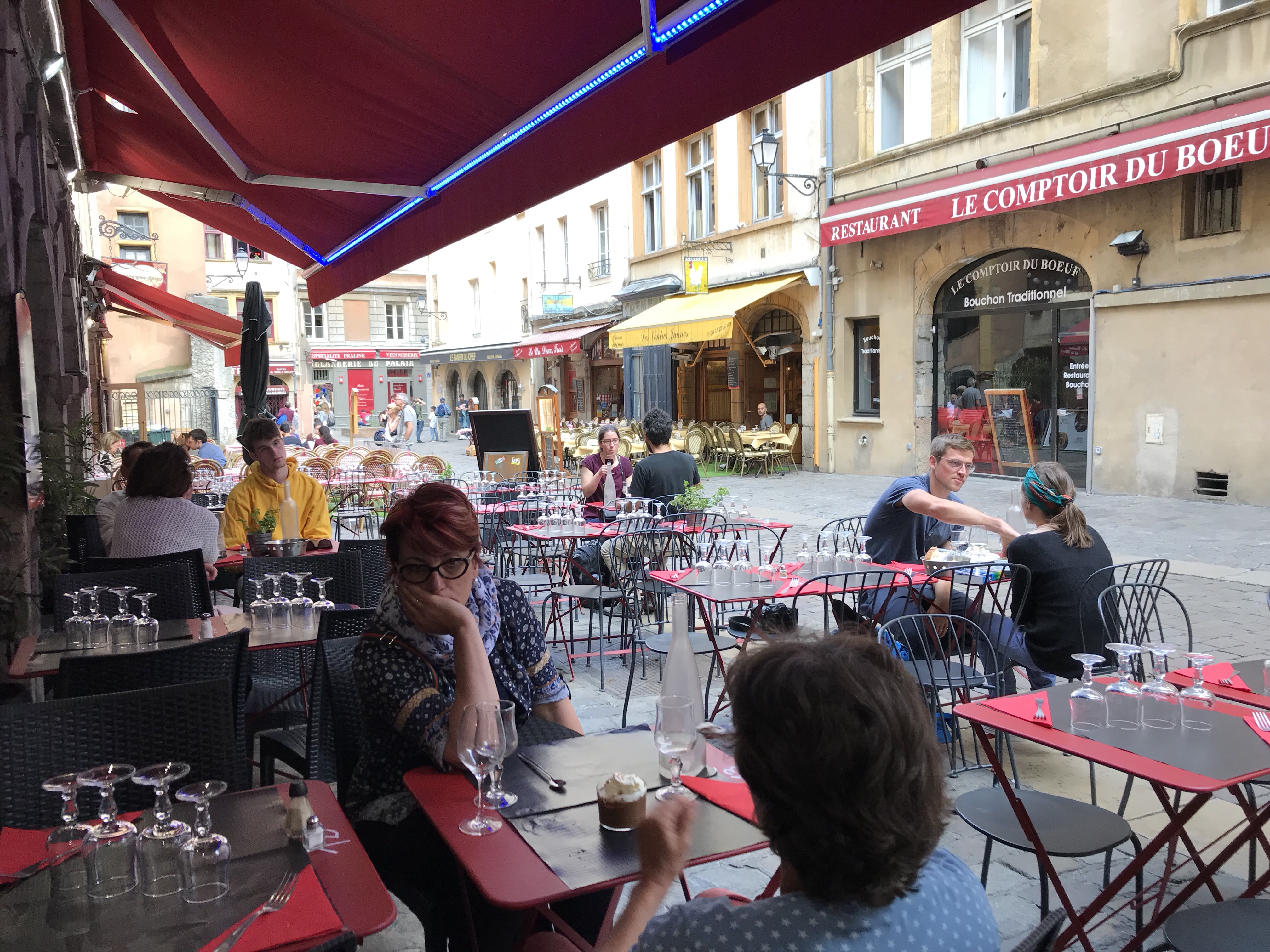 The Lyon Cathedral is dedicated to John the Baptist and dates from 1180. 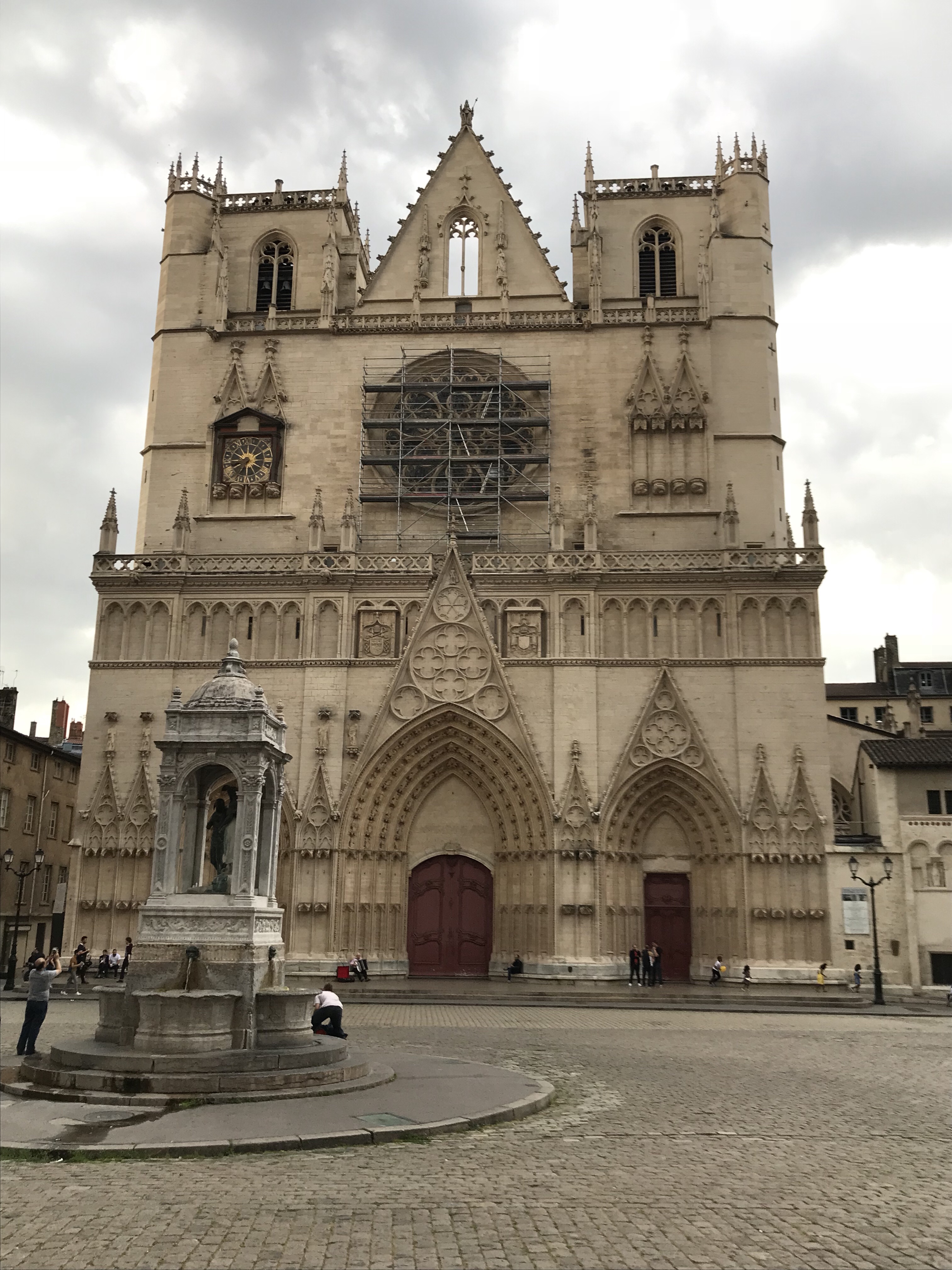 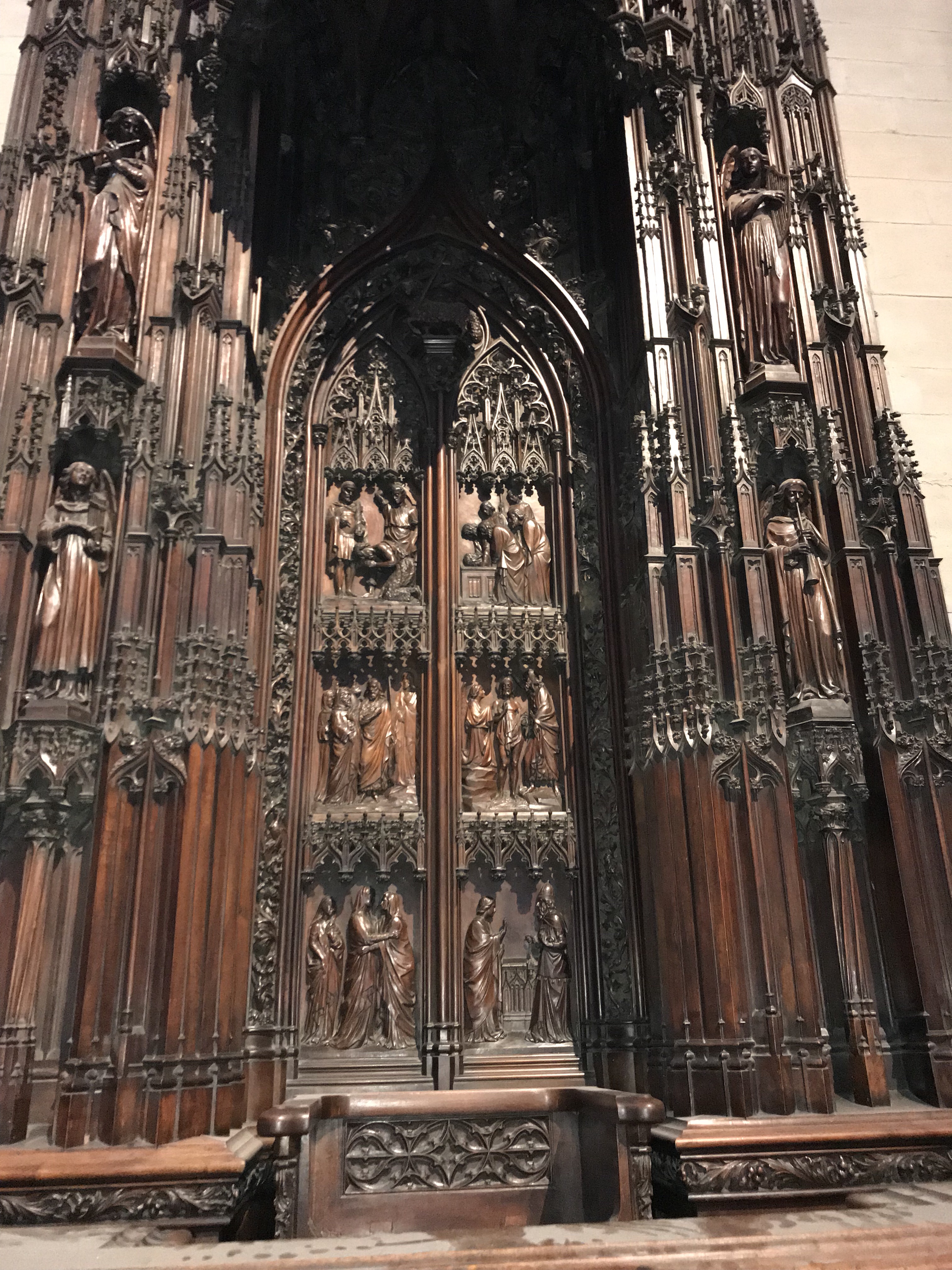 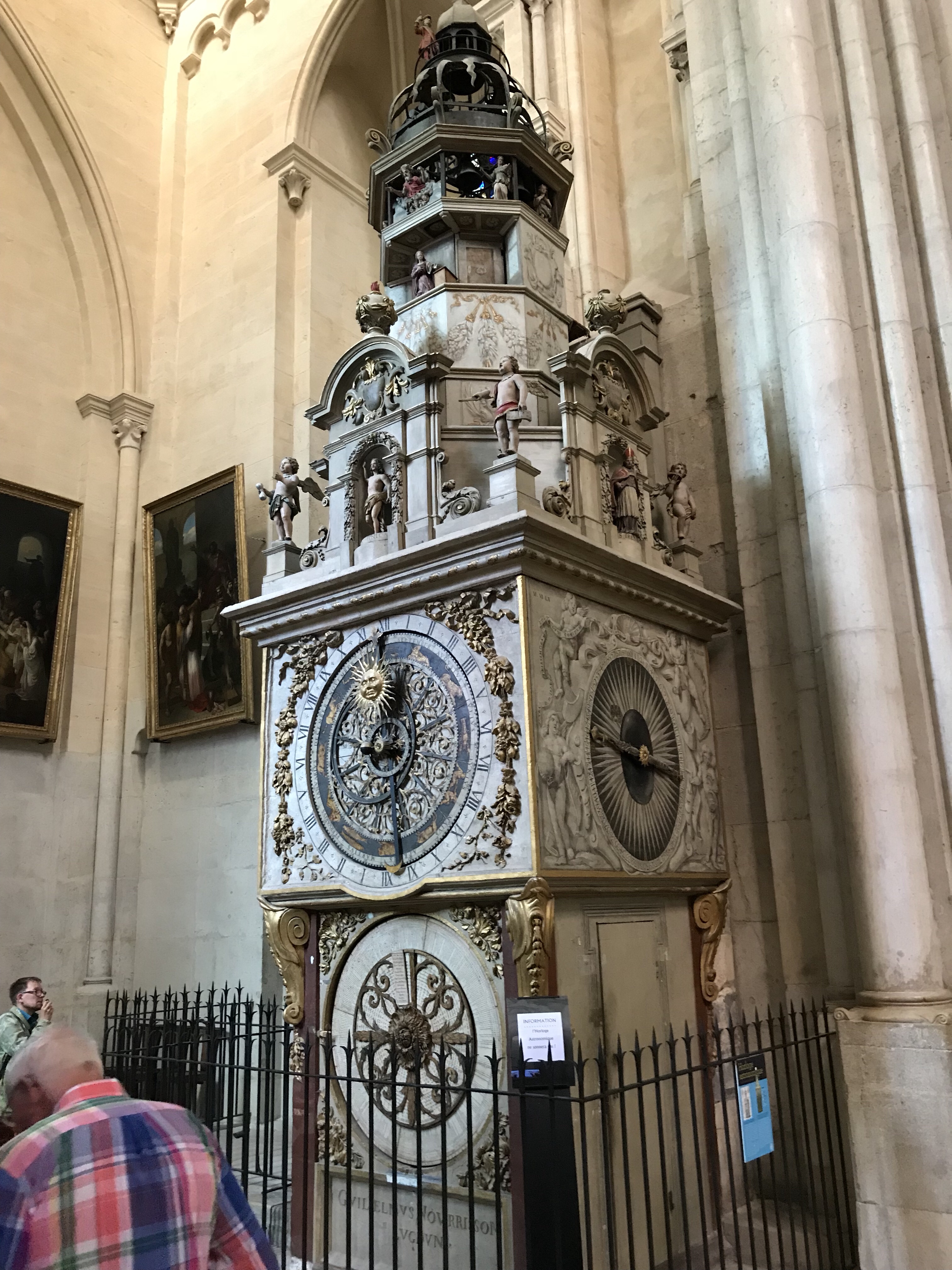 The pilgrim trail that runs from Geneva to Le Puy passes through Lyon in the old city, and we saw evidence of it on the path we took last night. 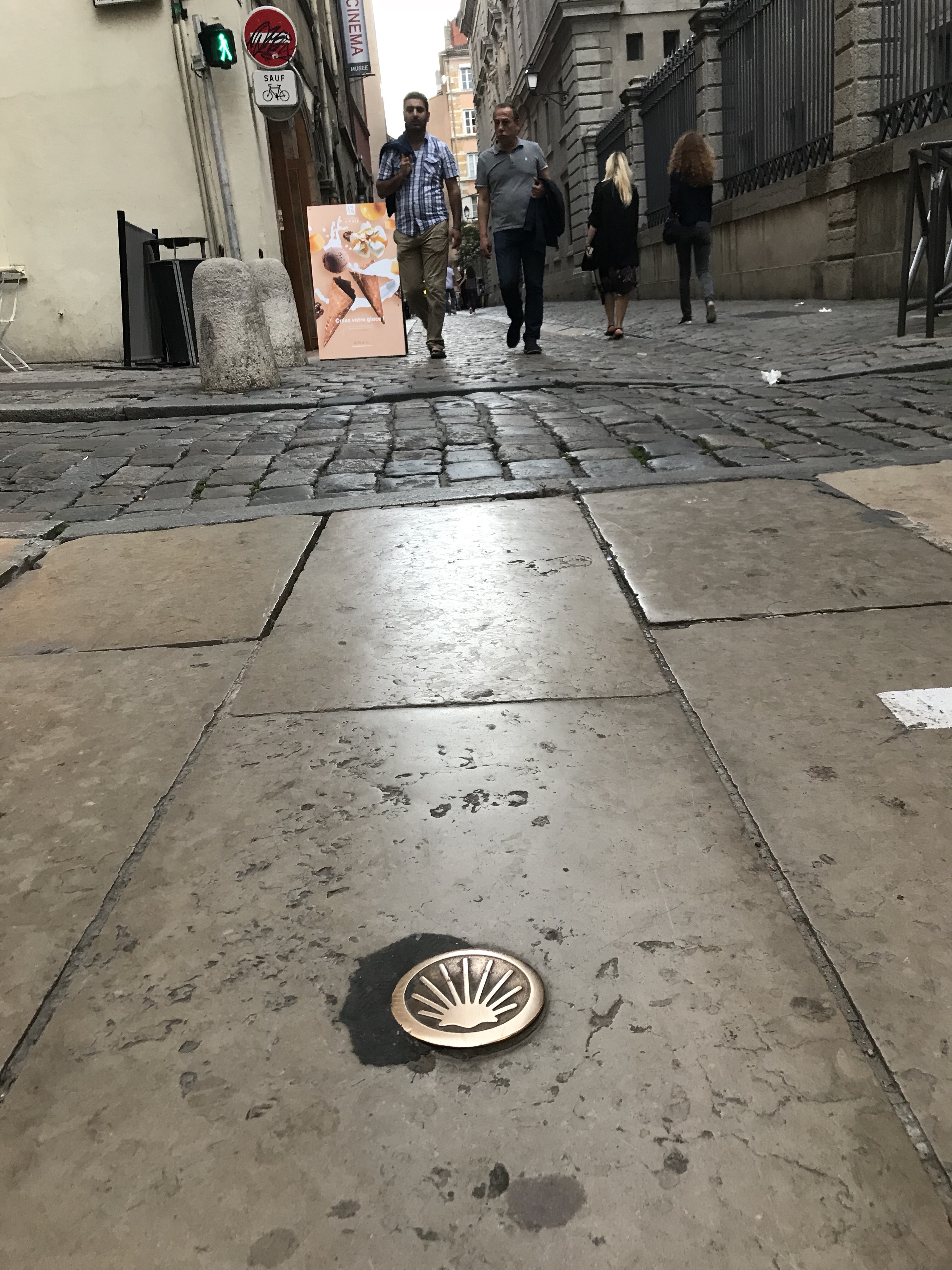 Although David took a nap in the afternoon, I was able to resist the temptation. I woke this morning at about 6:30, after turning in about 10:00 last night. In other words, minimal sleep disruption from jet lag (so far!).

This afternoon, we take the train from Lyon to Le Puy. We’ll have the rest of the day in Le Puy plus all of tomorrow. On Thursday, we begin our walk.