Our course took us across the beautiful Aubrac plateau. We could sense the richness of the Margeride give way to a more austere, rocky landscape. We still saw rolling hills and pine forests, but now the large Aubrac cows and bulls (large and handsome) were every.where. We saw many calves, as well. The genet (broom plant) was in brilliant yellow bloom everywhere. 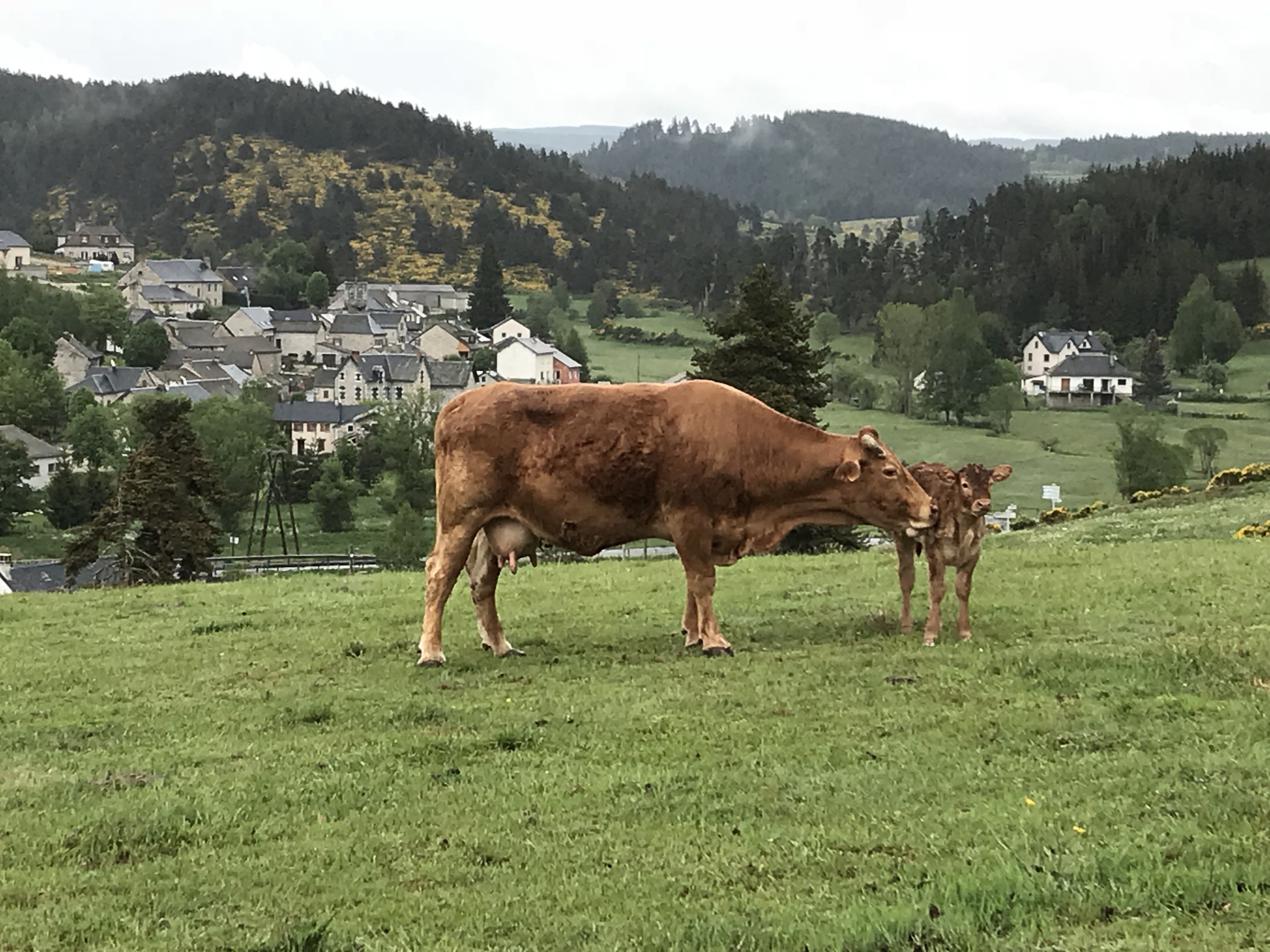 For us, it was hard to appreciate the beauty of the countryside because our entire walk was made in constant drizzle to light rain.

Moreover, we anticipated being able to find a sandwich along the trail, but the places we stopped were not open.

It appeared to have been raining in the area for many days, as the low portions of the trail were not only rutted but decidedly muddy. Along this way, the chemin appears to exist as a right of way over farm fields. While the track is wide, it is bounded on both sides by barbed wire, to confine the cattle. This rather narrow corridor limited our ability to detour around the mud at critical points. On the good side, we traversed several bridges spanning large muddy patches. Happily, the terrain was not as rugged as the past several days.

At some point about mid-day, I began to notice decided fatigue and a troublesome cough originating in my chest. As the day went on, these symptoms became worse, and a couple of times I had to rest on a rock before climbing a gentle rise on the trail. This was was scheduled to be a longer day (25 km), but after only about 60% of the way, I was too tired to continue. 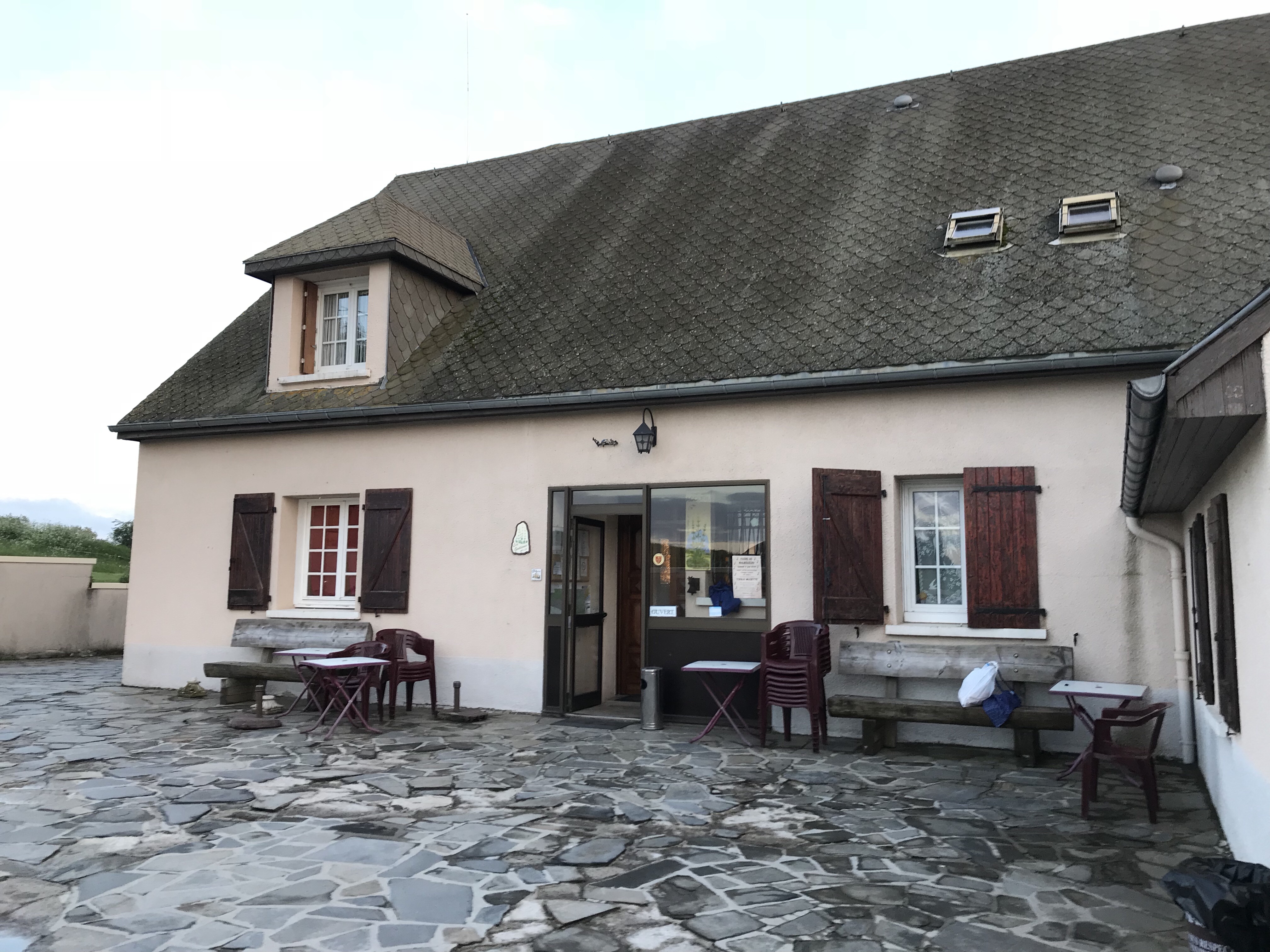 Happily, a gîte appeared on the trail at just the right moment. We stopped for lunch, considered the matter, and decided to cancel our reservation at Nasbinals and stay the night at Les Gentianes in the hamlet of Les Quatres Chemins, about 13 km from Nasbinals. The proprietor arranged for a taxi pick-up for us in the morning. I went to bed and took a 2-hour nap, which revived me somewhat, although the coughing and sniffles persisted.

About 25 people were staying at Les Gentianes, some in the gîte and others, like us, in the chambres d’hôtes. We were served an excellent dinner – salade d’aubrac, saucisse, aligot, green beans, and tarte au fruits for dessert. 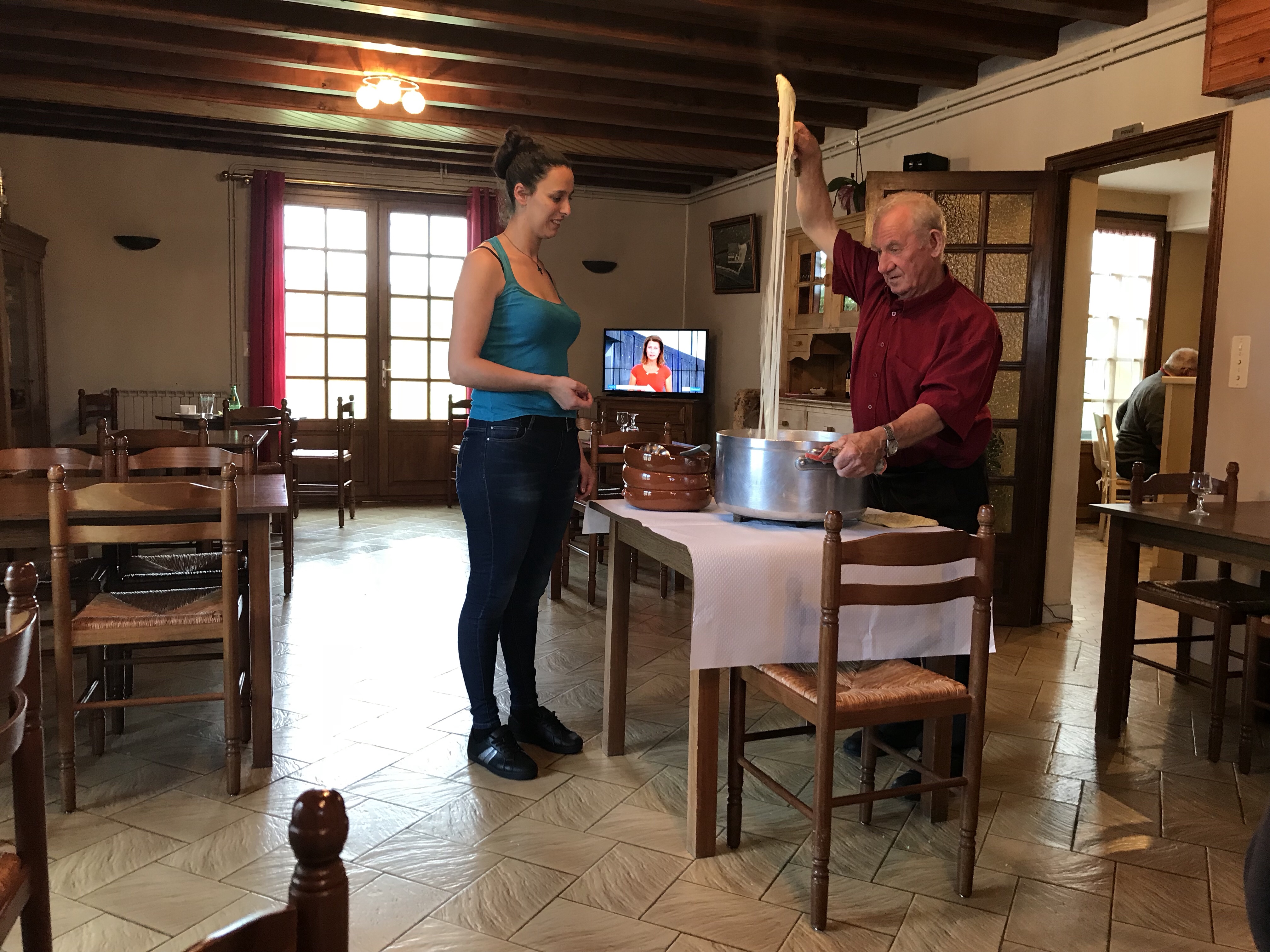 We met a young woman from Leipzig whose English was good. She joined our area of the table “so that she could hear a language she could understand” (English, that is, not French). She was walking about 10 km a day, about half our pace, and was dedicating 6 weeks to the journey. We also caught up with Dorothea, from Ireland, walking the camino again at age 82, and Susanne, a Quebecoise, both of whom we had first met at our first night on the chemin at Montbonnet. 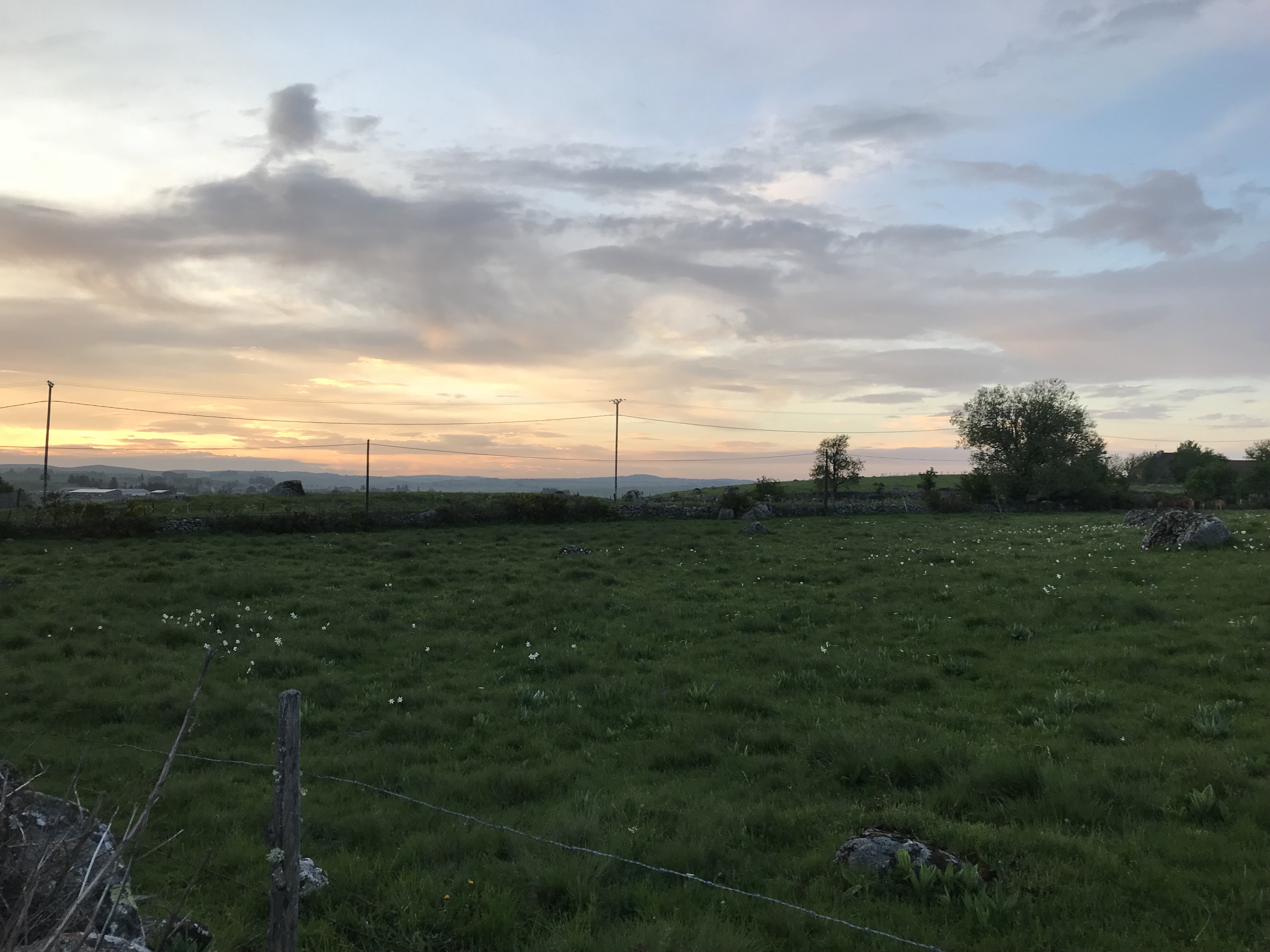 Although sunset suggested less rain and more sun tomorrow, the night was cool and damp, our clothes did not dry overnight, and we awoke to cool drizzle.

One thought on “Tuesday – Aumont-Aubrac to Les Quatre Chemins”