On our walk from Livinhac l’Haut to Figeac, we stopped for lunch at a small town along the way – Saint Félix. On the way into town, we passed a historical marker overlooking a field, but didn’t take time to investigate it. After a substantial lunch at what appeared to be the only restaurant in town, we continued our walk into Figeac.

Unexpectedly, Saint Félix came up again during our time in Figeac. Evidently, the citizens of southwestern France were active in resistance to the Nazis during WW II. There is a small museum in Figeac dedicated to the Resistance and the Deportation. The following news article, titled “The Horror at Saint Félix,” was displayed there: 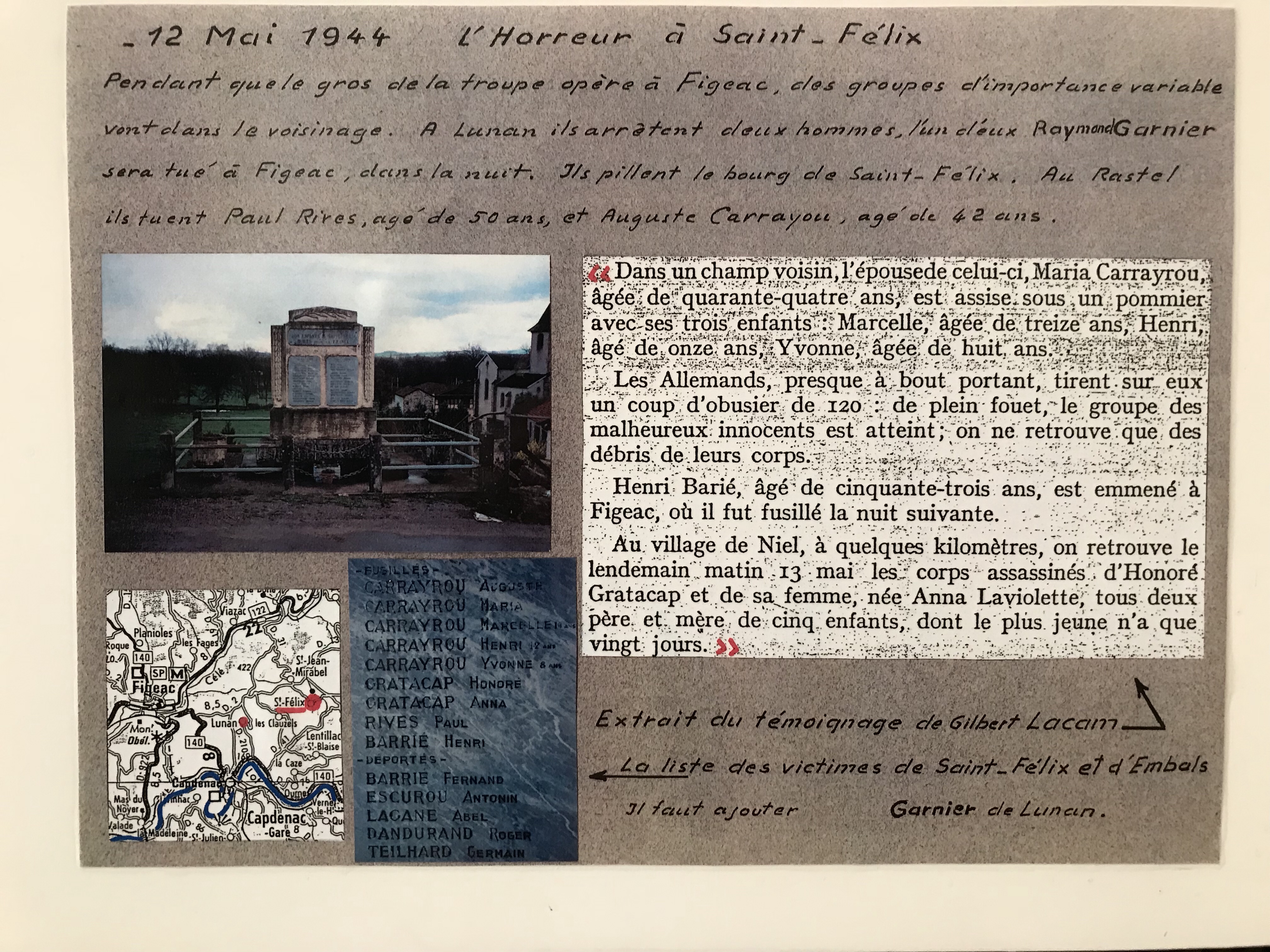 It describes how, on May 12, 1944, the members of a young family, resting under an apple tree in a field neighboring Saint Félix, were obliterated by German soldiers who trained their 120 mm Howitzer on the tree and fired. “Only the debris of their bodies could be found.”

One of the functions of this museum, and others like it in the region, is to keep the memory of the Occupation and the Resistance alive. This particular story helped us feel a more direct connection to those times and that place and to understand in at least a small way the impact of the war and the occupation on this part of Europe.