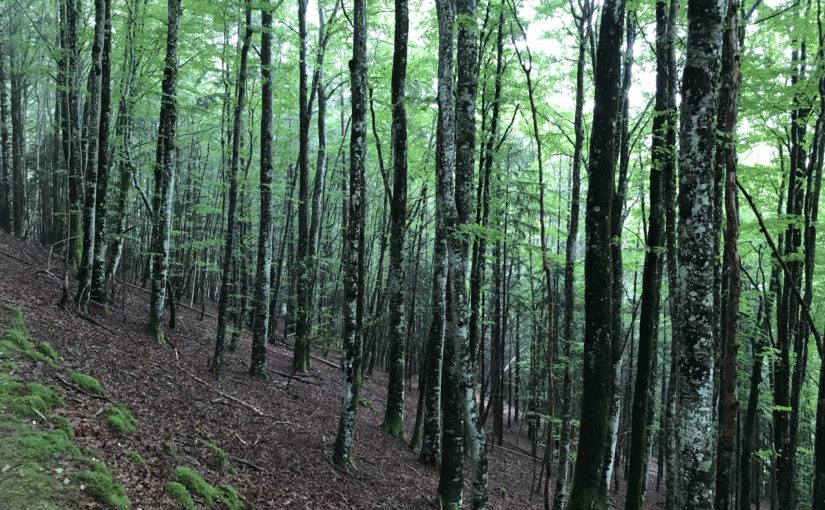 David and I shared our 3-person room at the municipal gîte in St. Chely with a young man from South Korea, Sun Han, whom we have encountered several times before along the way. He was a late arrival to the gite but, as luck would have it, was able to obtain a room. His story is an interesting one, and I’ll try to find time to write a bit about it as a separate posting.

Anyway, after a typical gîte breakfast (augmented this time with yogurt and granola), we packed up and left for the trail. Along the way we stopped to buy a sandwich and piece of fruit, anticipating limited opportunities to purchase food along the way.

A group of six or so women were there ahead of us, completing their purchases, and we encountered them later along the trail — first at a coffee break, and then eating their sandwiches in a clearing. One of them, whose English was good, said they were from Le Puy. Based on their small packs, we speculated they might be shipping their packs rather than carrying them.

The morning weather was misty and cool — a continuation of what we had been seeing the past few days. The hills around St Chely d’Aubrac were shrouded in mist and fog, and the gray skies were low.

St. Chely, though small, gives the appearance of having substantial resources available. The church, e.g., was richly decorated, there are many hotels, bars, restaurants, and the homes were well cared for and had been updated with new doors and windows in many cases.

Earlier on our trip, we had encountered a man named Guy who told us that his maternal grandmother’s home was high on a hill at the entrance to St. Chely. He went on to say that the family had sold the property a generation ago, but that his permanent home is still in the region even though he works in Paris (several hours away by train or car). Interesting to speculate what his work may be and why he remains anchored to the Aubrac region of France. 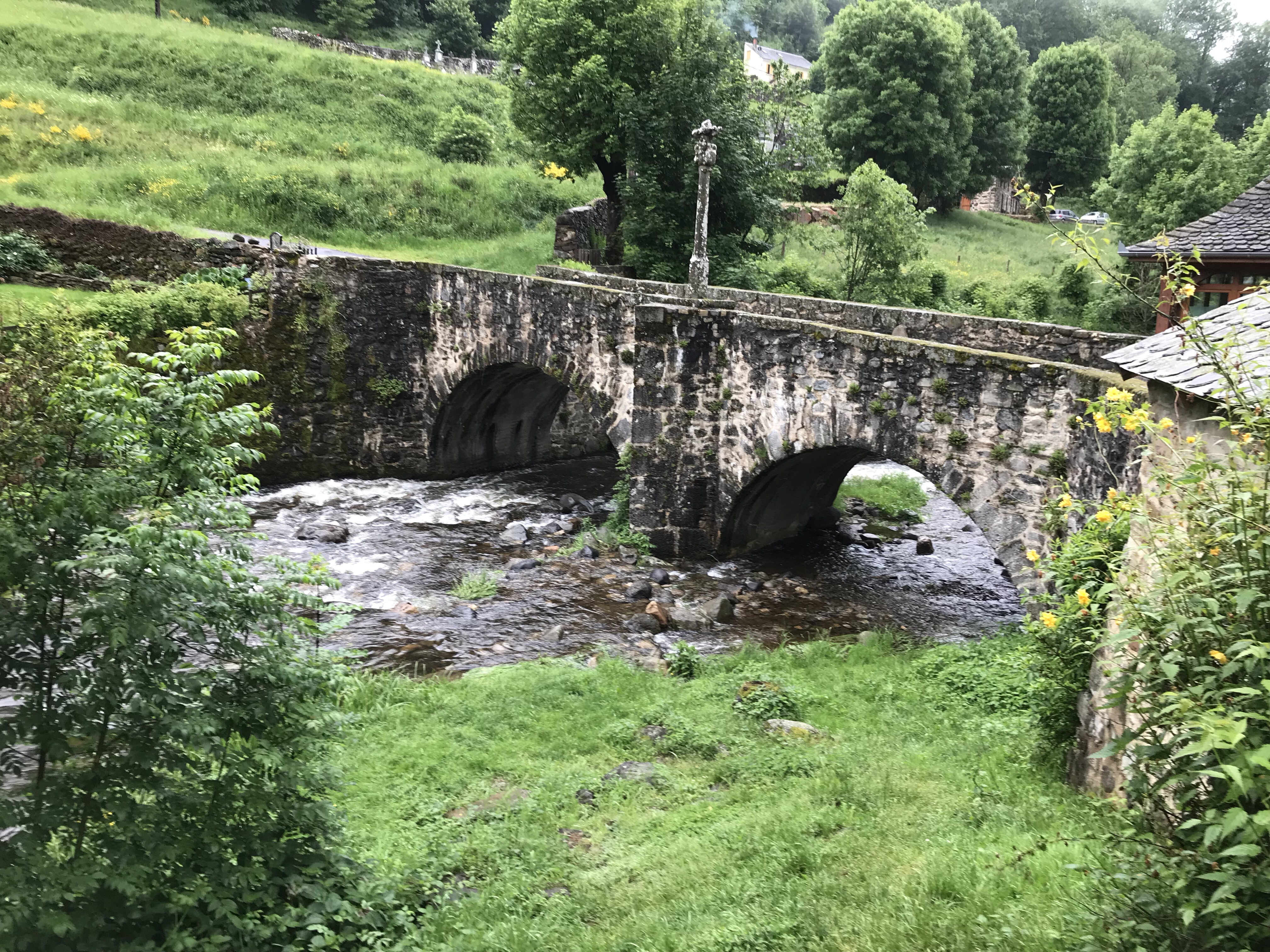 Bridge leading out of St. Chely. 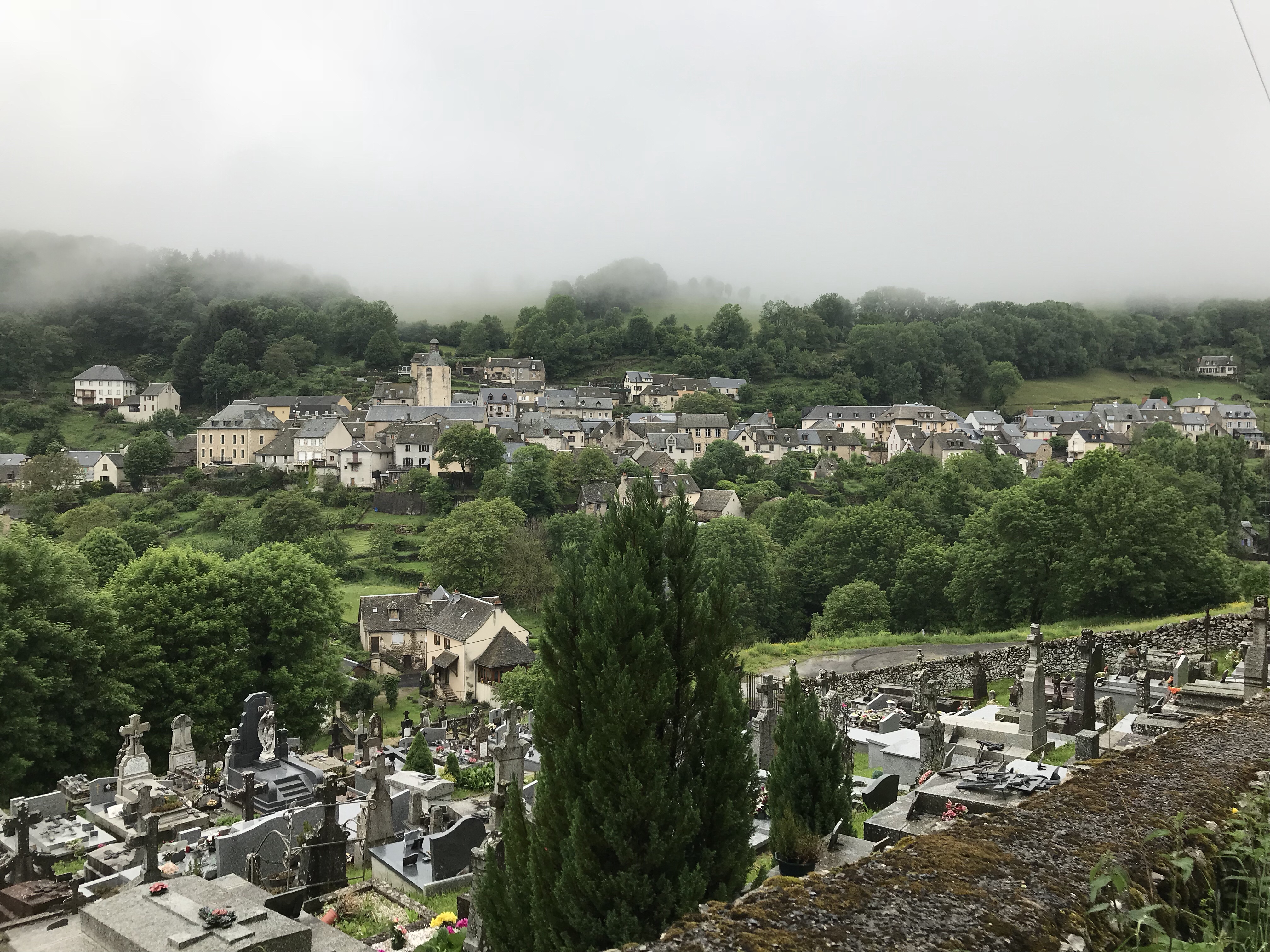 St. Chely seen from above as we were leaving. 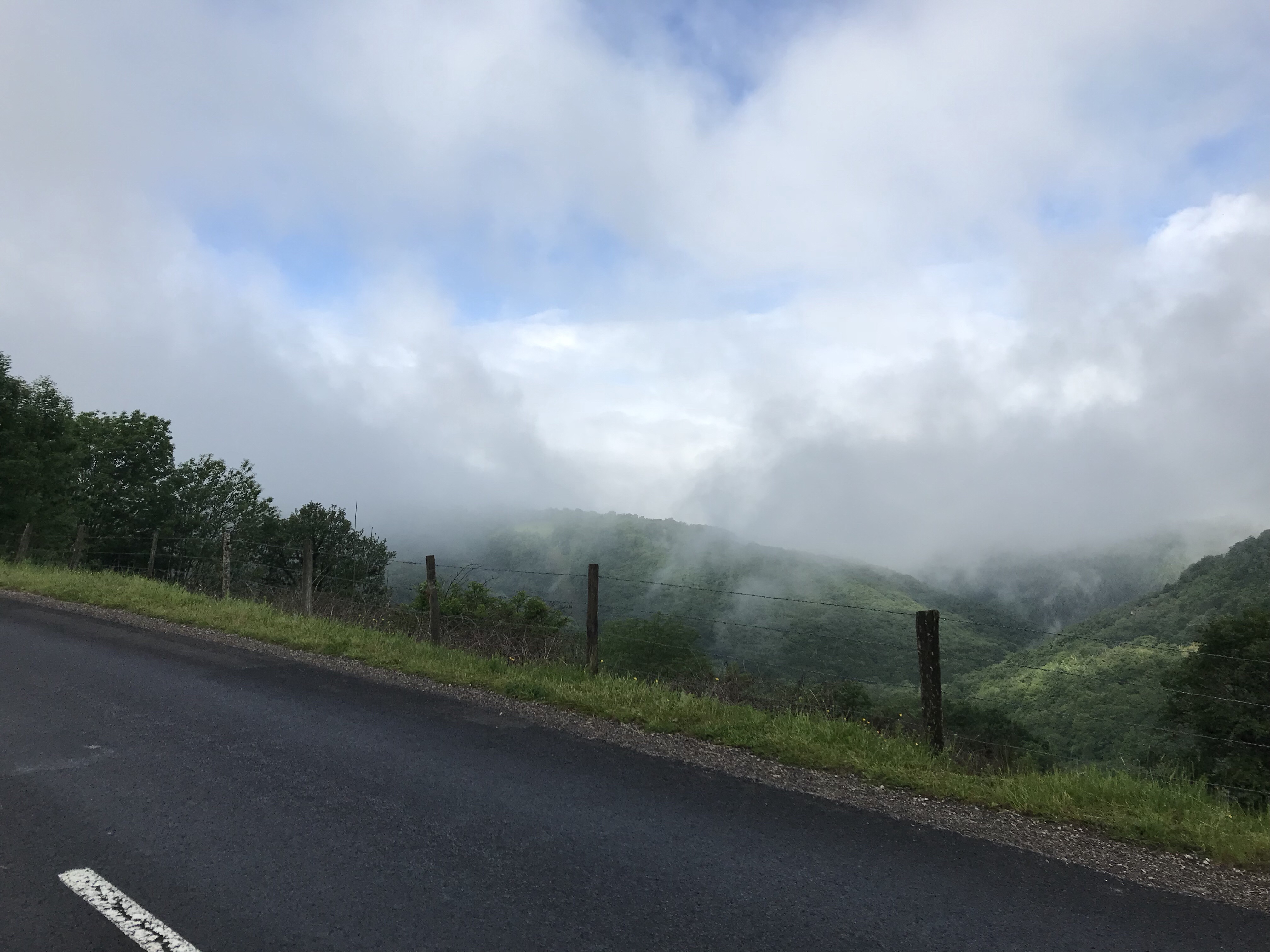 Once we had climbed out of the small valley in which St. Chely lies, we entered the district of Cantal. We noted that the blue skies were visible, but tried not to get our hopes up. 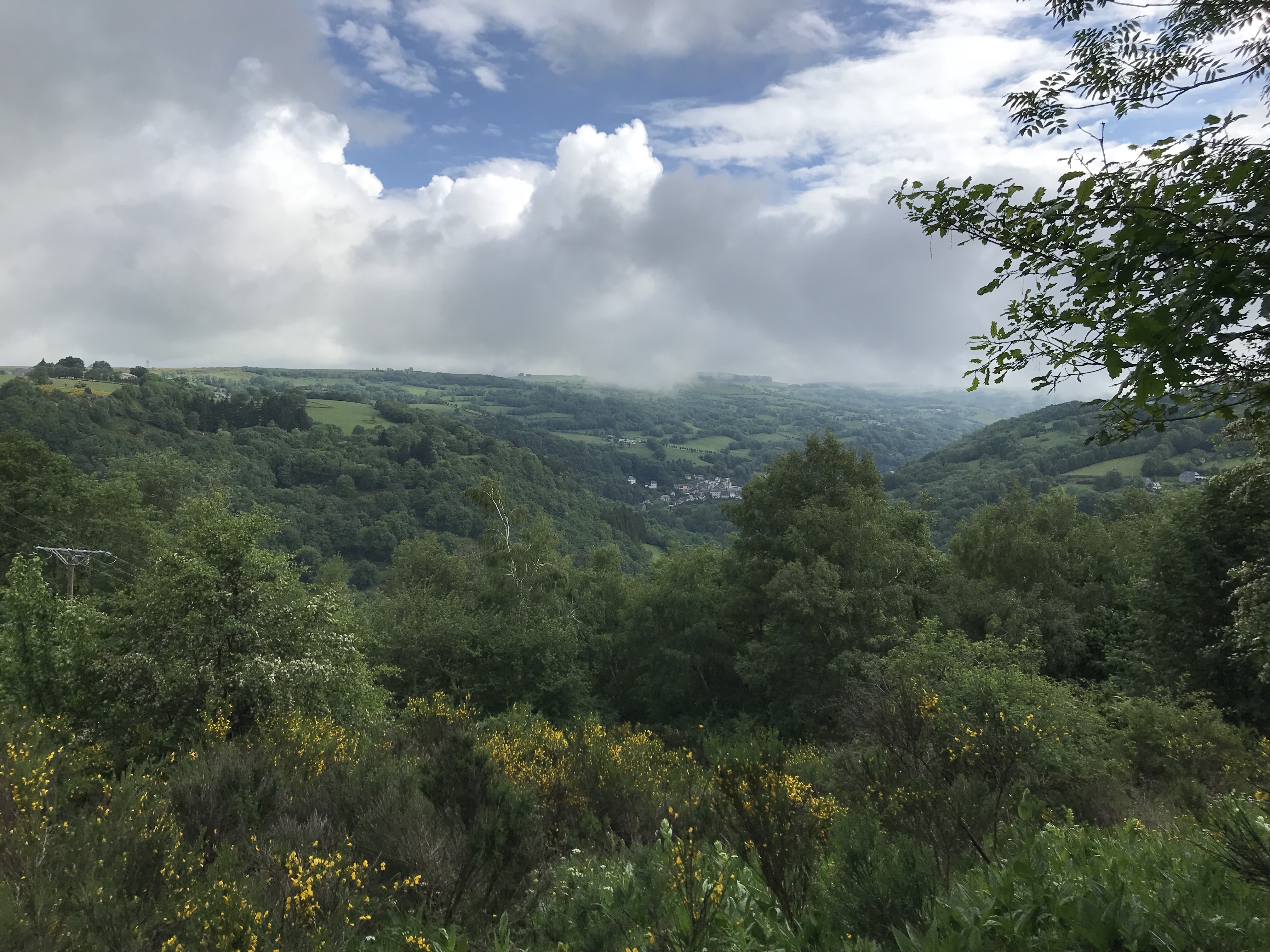 There are abundant forests and grazing lands in Cantal, as this countryside view shows. 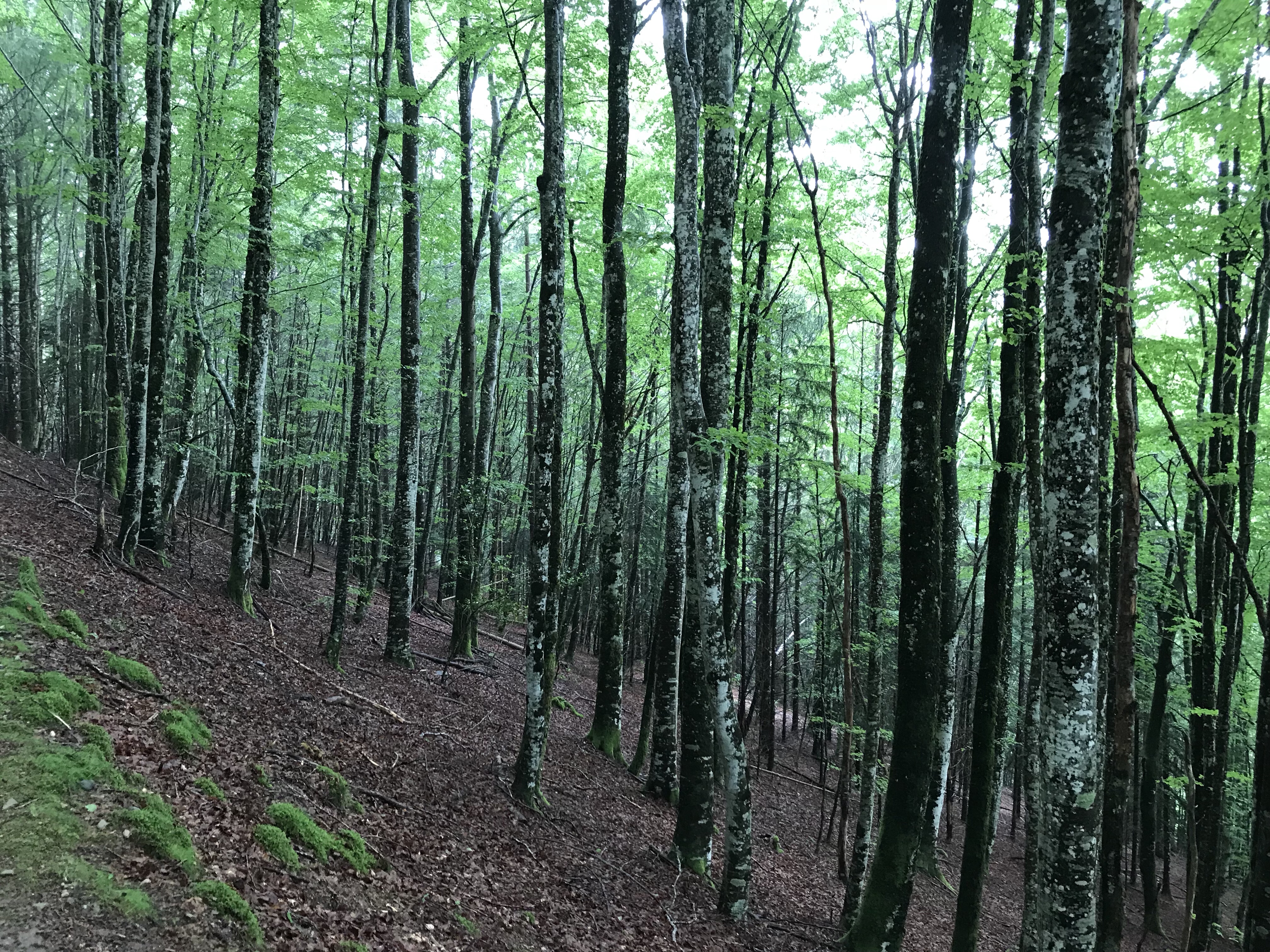 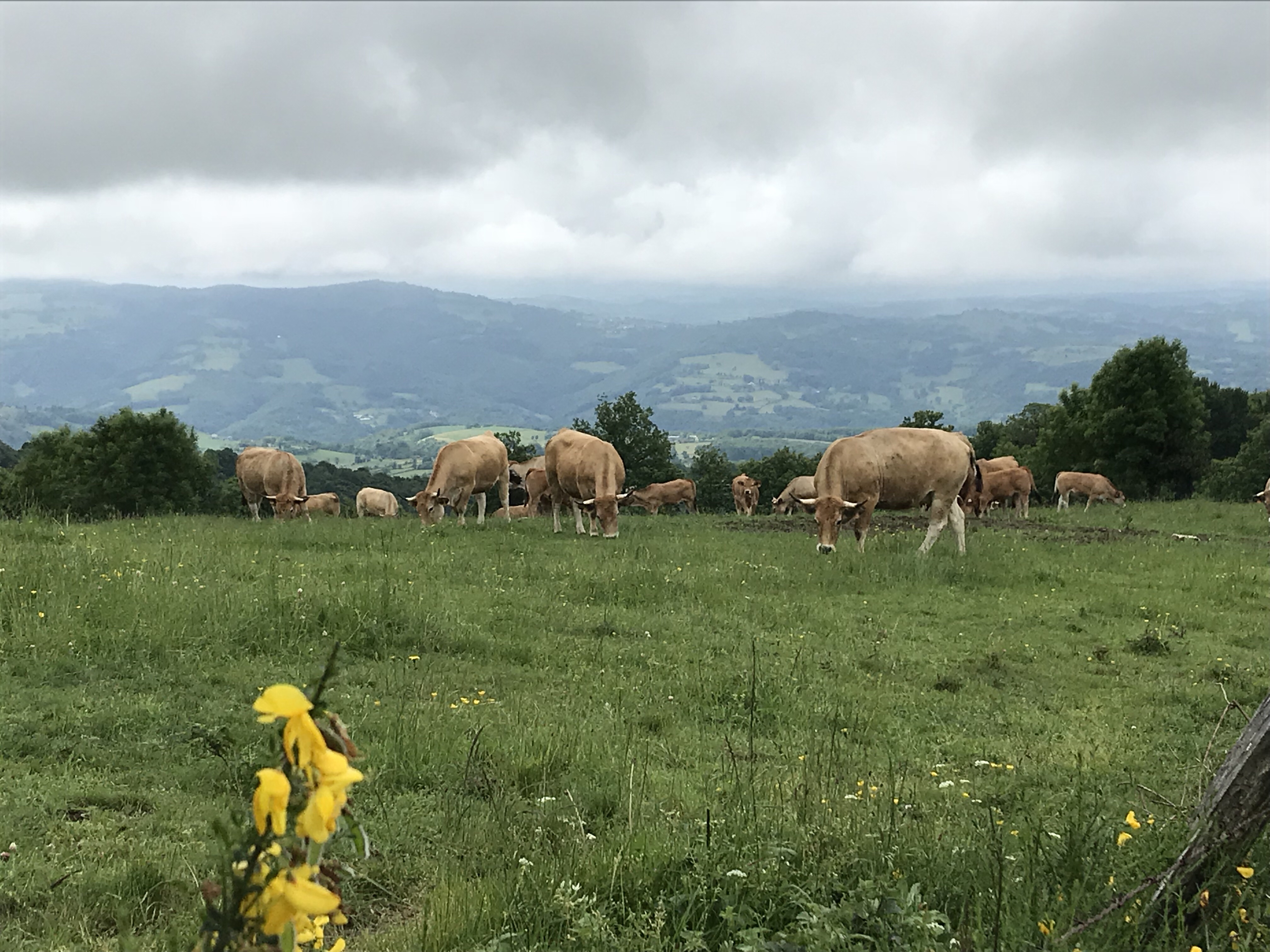 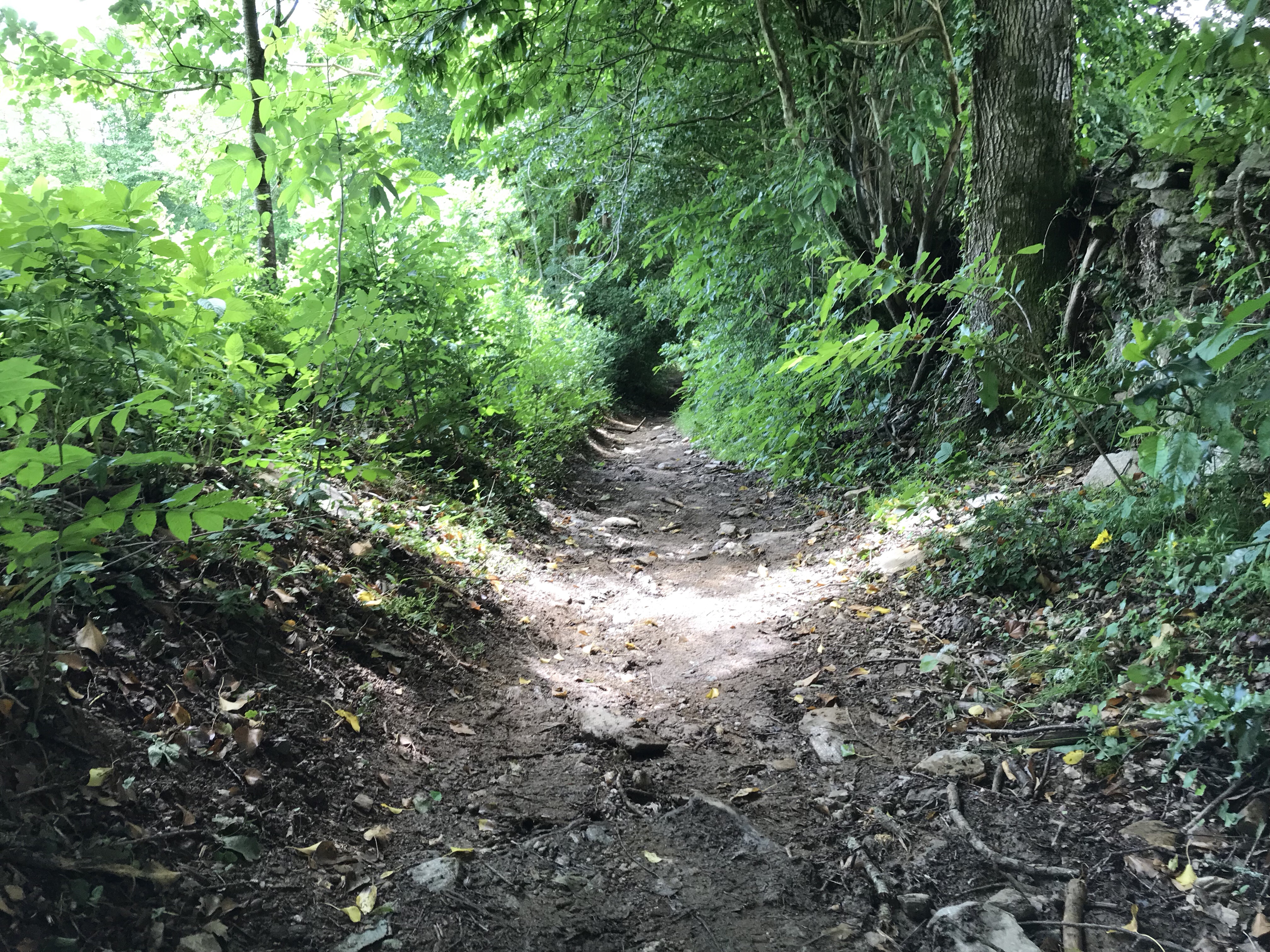 We did encounter some significant muddy stretches, but nothing like earlier in the week — the soil seems to be better drained, and the trails do not always serve as natural culverts for the hillside water. 🙂 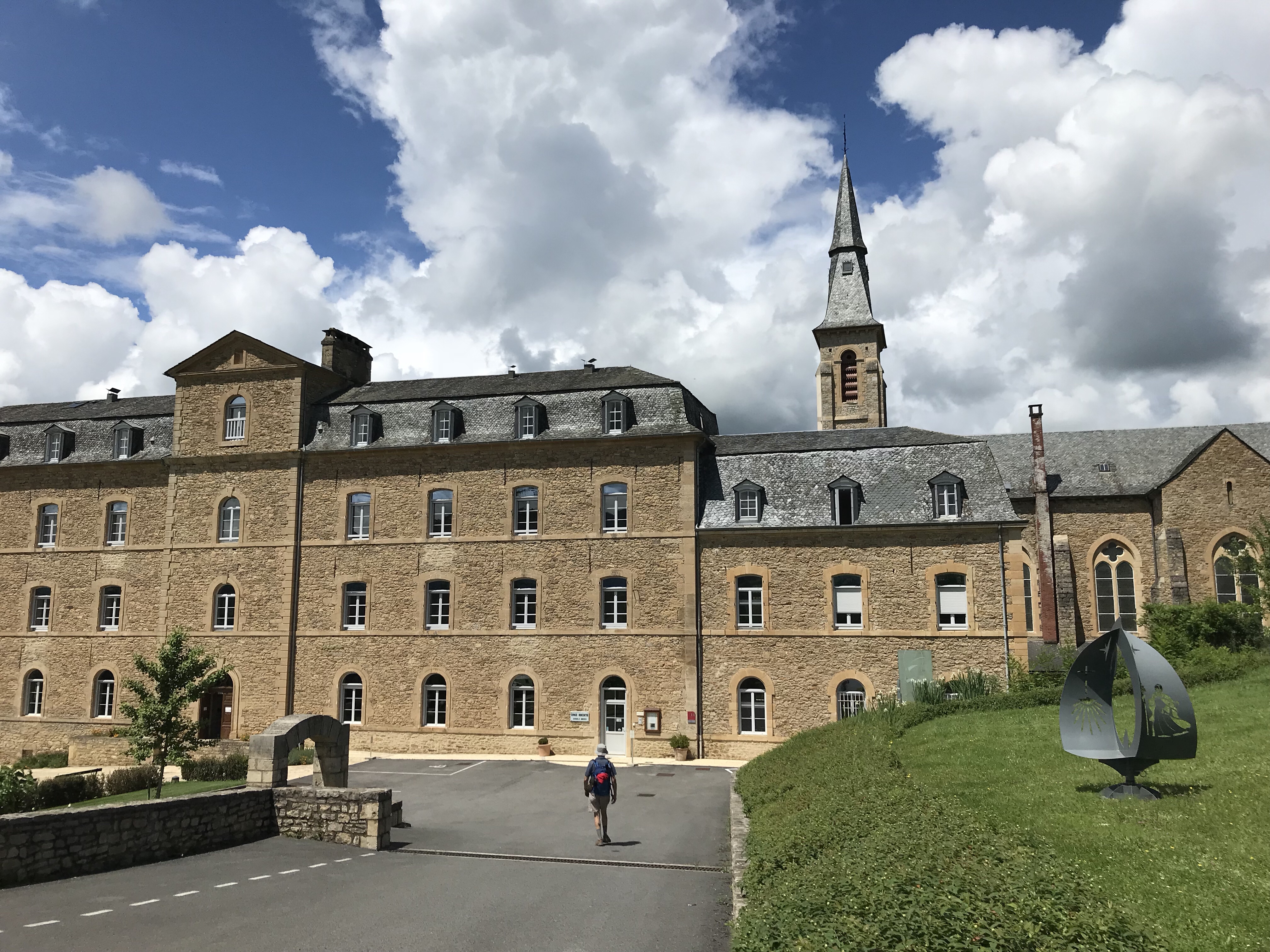 This image shows our lodgings for the evening. It’s a convent on the edge of St. Come d’Olt that has been converted into a conference center and pilgrims lodging. As you can see from the skies, the weather has improved dramatically, and so, accordingly, have our spirits.

Our total distance today was just over 10 miles, along dry paths, gentle hills, and some paved roads. Total flights climbed (a measure of the intensity of our trail) were 37, a modest level. The day of rest and the prescribed meds have definitely been helpful, and I look forward to somewhat longer walk (about 21 km) to Estaing, in the valley of the Lot river.